skip to main | skip to sidebar

It took ten tries to land Bakasana B today. Both Julie and Tiffany were there, the two people with whom i made deals with to pay them a dollar for each failed attempt i make. cha ching. So much for the value of the threat of aversive consequences. The Mysore fund and the Seattle fund are rapidly swelling. I landed it pretty well just a couple of days ago too, only took two tries.

Today was my second practice in almost a month. Well, not really. i guess i did a first series practice a week or so ago. When i went a few days ago, it was my first try at second in a while but it went okay. I was doing fine but for some reason couldn't get my right foot hooked around my left in dwi pada sirsasana on my own, so i quit after that. So today was my first full practice. I was able to get dwi pada ok. I even got bound Tittibhasana B, much to my surprise. I thought i was going to be too pleasantly plump to pull it off.

As i was finishing doing my Urdvha Dhanurasana, Tim was showing Rich, his assistant, a couple of back adjustments he gives people sometimes. The things that open your back and often cause the vertabrae to pop. Tim was using another student to show Rich. After they finished, I motioned Rich over and told him to go ahead and try the adjustments on me. He had to get Tim to come over and show it again. The first one didn't do anything but the second one totally caused this zipper like series of pops. Then they tried this funky thing where the you lay on your stomach and they lift up on the skin of your back on each side of the spine to cause that section to release. kind of ouchie for me, very pinchy, but a friend on the next mat over who had them try it really like it.


Had to take my car in for a 100,000 mile service (it's a 2003) and to get a series of minor things looked into. Couldn't afford to get several of them done. The radio, which according to the service guys needs to be replaced to be fully functional, would cost $1000. They have no idea why it does what it does. It shuts off exactly twenty minutes after it's been turned on. If you restart it, it will turn off twenty minutes later. When it first started doing it, it shut off after thirty minutes. I thought it was a clever way they had designed to warn you that you were past due for a scheduled service. But the BMW gear heads say no, it's just haunted. I also needed new tires on the fronts, new brakes and rotors, etc, etc. $2.5K later, i'm driving home with about half of the things fixed. Not the most timely of expenses right now.
Posted by okrgr at 3/13/2008 01:11:00 PM 86 comments: Links to this post


I don't intend to do this 'photos of me and family' often. I promise. I'm just sitting here at work with an under-filled schedule, a lot of free time, a disc with scanned in photos on it and a congenital inability to be idle. These are some of the earliest known images of Okrgr. If they are embarrassing, well not embarassing but just look kind of dorky, it's just reward for being mean and shallow yesterday.

First, the kids. From a couple of years ago 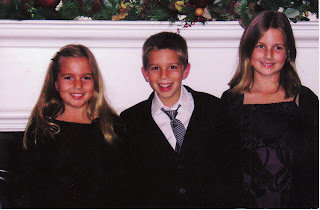 Now me, very early me

For the Owl, later me, hating life in my little Lord Fauntleroy's 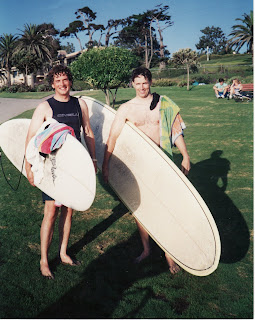 I dumped on my son yesterday. There are occasions where I am able to step back, weigh out consequences and decide to let small things that bug me drop. Such situations are too few unfortunately. Yesterday i just didn't have the resources left to do it.


My wife, our household financial overseer, had told me we were too close to the red line. We had a bunch of upcoming expenses: three tax quarterly payments in 6 months, several cross country trips for sports activities and camps, impending car fixer upper things, replacing worn out and broken things around the house, etc. To cover things, I picked up a number of extra call shifts for the next several weeks.

Last week's load was maybe a bit too much work. i picked up several calls for that week alone. I ended up working tuesday night, thursday night and saturday day and night. since i picked up the week day calls at the last minute, i also worked the day before each shift and the morning after, as those had already been scheduled with patients. I did fine thru the first two calls but was pretty worn out by the time i finished on saturday. All the little annoyances with our new charting system had worn me down and exposed my worst tendencies.

Some of this extra work was done to help cover the expense of my son's upcoming lacrosse trips on a travel team. After I got back from work, I watched his practice yesterday and he was just kind of jacking around. He hasn't done one single extra thing to get better outside of his team practices. He'd rather play Halo or World of Warcraft. After practice in the morning, he left his bag in my wife's car. I guess he just expected that she would drop it off at home for him, unasked, so that he could get it for a private practice session that had been set up with his school coach later that afternoon. When it came time for going to practice, it became apparant that he had no gear. It was all in his mom's car. That just set me off. I practically killed myself, working over a hundred hours last week to help him with lacrosse (well, to pay all those other bills too, but at the time, it was all to pay for his lacrosse) and he couldn't even keep track of his gear and missed a private training session. After dropping off his friends, i kept jabbing away at how disappointed I was in his effort. I didn't do the "angry" thing so much, just the "you're never going to make it like this" rigamarole. On and on. "You know how many times your sister has forgotten her volleyball gear? NONE. Never. What does that tell you?" That kind of stuff. I guess we're equally disappointed in each other now. Bad dad. Guess I'm not as good at sleep deprivation as I used to be.

Yoga? No, not lately. Mis-aligned stars or something. Not one full practice since mid February. That's why there's only pictures of babies and dogs up.
Posted by okrgr at 3/03/2008 11:18:00 AM 15 comments: Links to this post 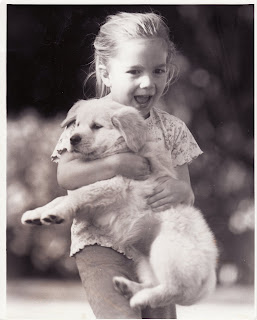 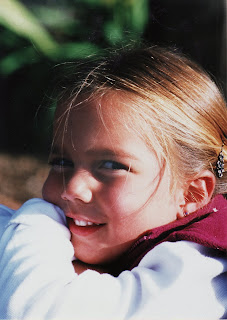 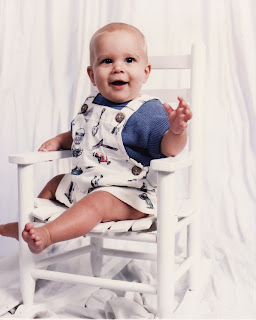 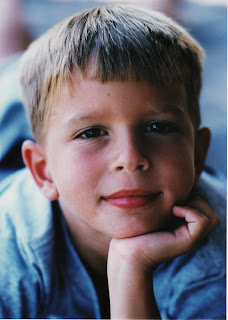 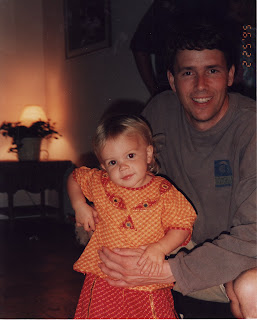 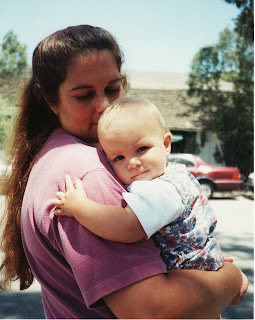